As in "real life" houses, some dollhouse renovations are necessary updates in wallpaper(s) and floorings.  This updating process can be quite intense, involving several hours of wallpaper, flooring, and glue removal.  But the end results are just as intense, creating entirely new, more contemporary appearing houses. 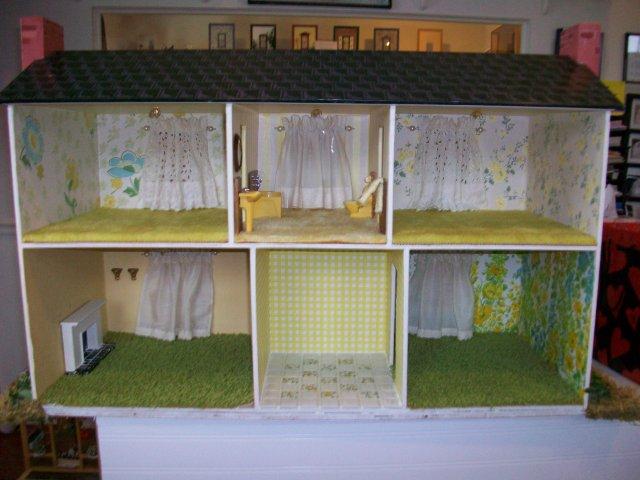 This custom-made dollhouse was from the late 1970s/early 1980s and the shag carpet reflects the decor of that time.  The customer wished to keep some of the original wallpapers (as they had been the wallpapers in her "real house" while growing up) but she did want the bathroom and the living room to receive updated wallpapers.  The carpets were glued down with some super-bond substance (and some nails too) which broke the blade on our scraper!  But we were able to remove it all and put down the beautiful wood flooring the customer desired.

We were contracted to clean/disinfect this 1946 "The Birches" dollhouses so that a child could play with it.  The customer also wanted us to paint over the exterior, paint the interior white and install wood floors.  We agreed to this job only because the antique value of the dollhouse had been altered already by a neice who had painted over the original exterior.  This dollhouse suffered from serious warping due to a turntable that had been installed incorrectly to the bottom of the house.  Over time, the customer added more work to be done to the house including stucco on the exterior, fieldstone on the porch, painting some rooms with color (instead of just plain white), and installing electricity and a new staircase.  The most unique aspect of this house was the working windows.  Before we put a fresh coat of white paint on them we wanted to clean them up to ensure that they would still operate after the painting.  So after removing the old coats of paint we were then able to put on a fresh, new coat of white paint and still retain the functionality of the windows!

As seen in the photos of the interior before and after, the staircase was changed from the curved stair (which prevented the front door from opening correctly) to a straight stair, the floors were finished in wood flooring (we had to remove several screws and nails first so that the wood floors would lay flat, plus we had to correct the warping issues - can be seen slightly in the center room on the first floor where the black floor is raised above the white exterior trim), walls were painted and lighting added.  We also made the back roof removeable so that the child would have more room to get in and play in the upstairs rooms.  Our favorite room (before and after photos below) was the "Living Room": 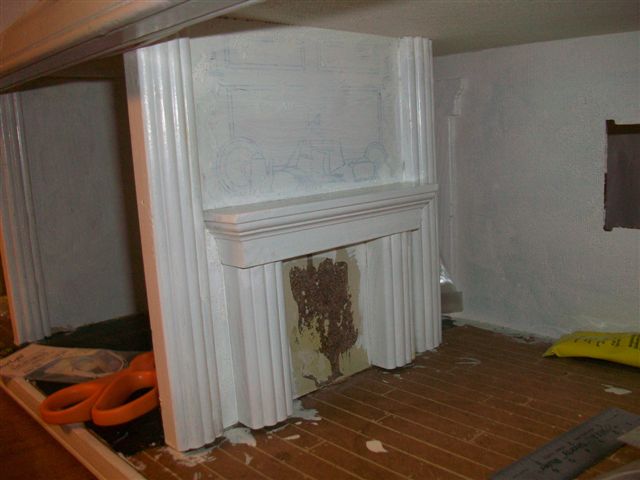 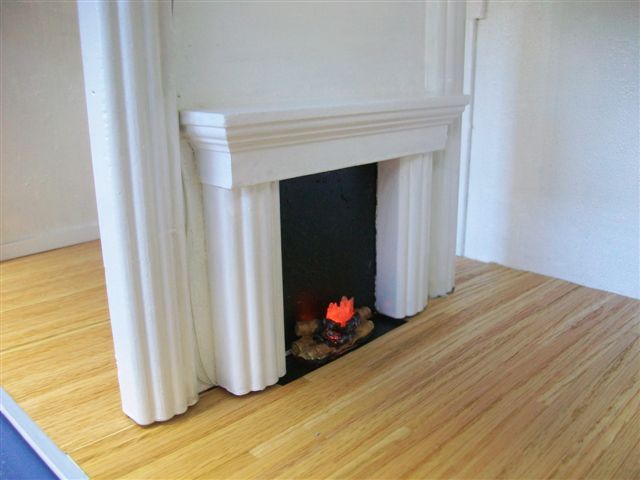 Pictured below is the DuraCraft kit that the customer had started it in the late 1970s.  However, as is common with the thinner wood dollhouses, serious warping had occurred requiring the entire roof to be replaced.  We reinforced the third floor to correct the warping there and we cut new walls for the attic to act as supports keeping the third floor and roof pieces in place.

The customer orginially hired us to fix the warping, paint the exterior, shingle the house (he had already shingled the dormers which are missing from the photo), and lay down the electrical tapewire.  He suspected that his wife may

want us to install wallpapers and floorings as well but she was out of town.  When the wife returned she not only wanted us to shingle, paint, wallpaper and install flooring, but she wished to move the location of the stairs (requiring us to undo and then redo some wiring as that job had already been completed), add more light fixtures to the original work order, add a conservatory to the side and widen the front door to accommodate a different door she had picked out.  The end result of this work was impressive and this dollhouse was a common conversation piece while it was in the shop being refurbished and decorated.

To see the individual rooms up close, drop by the store and review our photo ablum of past work or visit our facebook page and review our "Repairs and Renovations" photo album.  Below are a few more "Before" (on the left) and "After" (on the right) pictures of some other simple/self-explanatory/straight-forward work we have done throughout the years (including the interior photos of the DuraCraft house shown above). 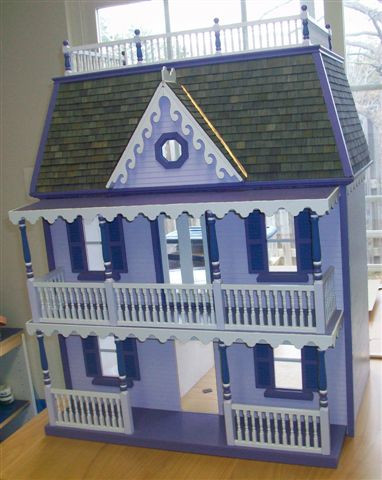 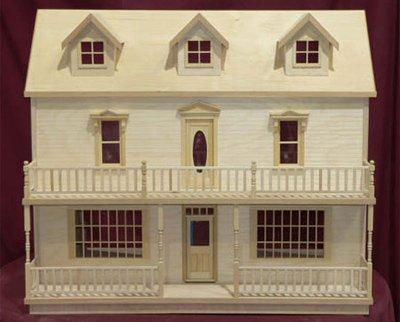 See all of our work on our Facebook page's photo albums:

Copyright © 2023 Happily Ever After. Designed by Anne Gerdes Web Design